[CAREER NEWS] Managing and keeping hold of the Chimp spirit

We’ve all reacted impulsively at one time or another and been overwhelmed by our emotions in stressful situations. Do you know who is responsible for this behaviour? It’s our inner Chimp! That’s right, the Chimp is the part of our brain that influences our decisions, our emotions and our interactions with those around us on a daily basis ... 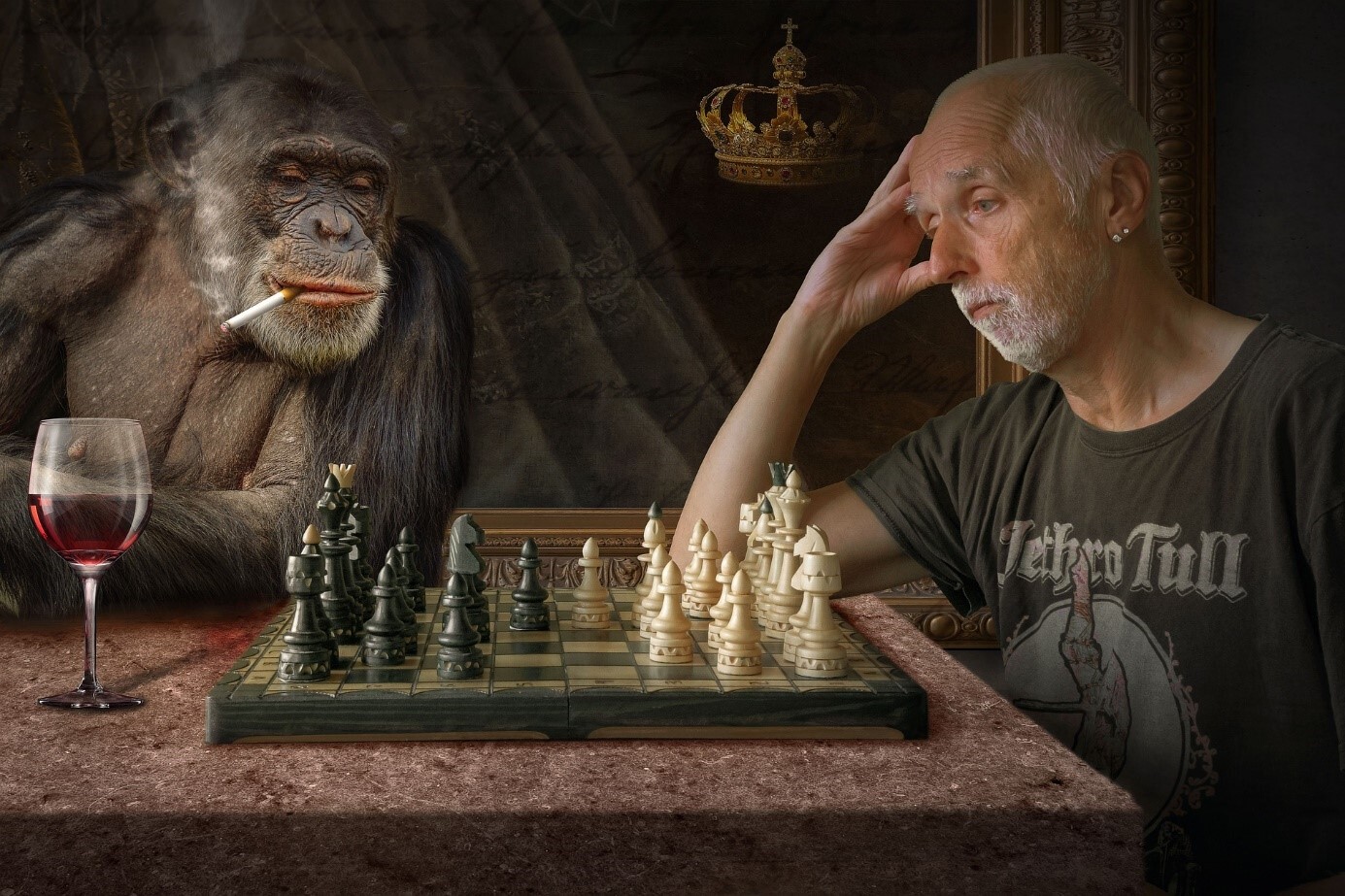 The Chimp Paradox, a book by Dr. Steve Peters, uses this analogy to allow you to take control of your emotions and act in your own best interests when making decisions, communicating and for your health or well-being.
As you might know our brain is made up of several parts: the reptilian brain, the limbic brain and the neocortex. Although the human brain is one of the most complex organs in our body, Dr. Peters' idea is to simplify things by thinking of our brain as being made up of three independent parts:

Of course, the Human and the Chimp are two information-processing methods that are often in conflict with one another, and, when this happens, it’s usually the Chimp brain that wins out! After all, the limbic system, which is evolutionarily much older, works faster, sending stronger impulses to prompt action.

Why not just ignore these urges? Well, because the Chimp is more powerful than the Human and he has the ability to hijack your decisions. You can't fight the Chimp. However, you can learn to manage it! And that’s good news!

Here are few ways to achieve this from among the many suggestions put forward by Dr. Peters in his book.

The two competing forces in your brain

The Chimp is guided by emotions, feelings and impressions. He jumps to conclusions, he thinks in black and white, so there is no nuance. He is sometimes paranoid, catastrophic, irrational. Do you recognise this behaviour in yourself sometimes?

Humans, on the other hand, operate on the basis of evidence,. They favour the rational, they prefer to put things in perspective ... Everything is much more nuanced.

The most important thing therefore, is to start observing your own state of mind. When you start to feel stressed, ask yourself "Who's in charge here? Do I want to feel and act this way? Or is it my inner Chimp who wants to take over?" Learning to observe this is the first big step towards mastering the chimp in you.

The four methods of communication

The first scenario is the ideal, the second and third are difficult to get to grips with, but can be handled once you know what you are dealing with. It is the fourth scenario that must be avoided, because it most often ends in a nasty fight ...

To get results, as well as making an effort to recognise the communication modes of all the people involved, you must tackle problems as they arise.

The best way to avoid emotional reactions and bring others back to thinking in a rational way is to explain your reasoning assertively, yet respectfully.

The Chimp, who is never satisfied, can become an obstacle to your long-term well-being. It makes you chase after an illusory and perfect state in which you can finally be happy - but only after you have achieved the next goal! Of course, there is always a new goal to strive for and so that feeling of relief never comes ...

That’s why it’s important to celebrate your victories or accomplishments as they happen. Be aware that the Chimp in you will always be there dangling the next reward in front of you. Don't let it take hold: when you achieve something you're proud of, sit back, savour it, celebrate and learn to appreciate what you have!

Now you know it’s the Chimp that is activated first before the Human even has a chance to think, the trick in interactions is to address yourself first to everyone’s inner Chimp. Once this part of the brain is connected to your point of view, you can then try to persuade your audience in Human mode, that is to say by presenting them with all the logical and reasonable points you love so much!

How can do you do this? Quite simply by making the chimp understand that he will be the loser by not listening to you. This will trigger his fight, flight or state of bewilderment (as Dr. Peters puts it in his book), in other words, it will get his attention. From then on, you will be able to underline positive aspects the people you are addressing can benefit from by listening to you. By following this approach, you are getting the energy of the Chimp on your side! It’s simple, isn't it?

Now, if you want to know more, buy yourself a bunch of bananas, sit on a branch of your favourite tree, and read The Chimp Paradox! 😊